The email is inserted below the introduction and explanation.

Read Mailen in Danish. and here in English.

Here is the original email sent which has a lot of typing errors, and since I all know I am dyslexic, in addition to the fight against corruption in Denmark I have also found it difficult to write so well, you hope as a Journalist will address my story and convey it to your readers, in Denmark I only meet in silence, as not a single one dares to take a confrontation with me about the extensive crime Jyske Bank is behind, and which the Danish Authorities and the Danish state and government cover.

But a good example that there is something completely wrong in the Danske Bank, Jyske Bank, it is quite clear as not a single person would comment on Jyske Bank’s car as with texts Jyske Bank is behind extensive fraud, and Jyske Bank is forging documents.

Jyske Bank the car that has been standing outside the door of the Bank for 10 weeks.

Has not a single comment, a single article in some Danish newspapers, or some accusation against me for injury against Jyske bank, this simply indicates that Jyske Bank has major problems with relating to the truth. A customer of Jyske Bank has for several years said that Jyske Bank will not rectify itself.

Jyske Bank knows that they have to clean up themselves and then fire those responsible, which is the reason for my many notices.

Carsten says that Jyske Bank exceeded all rules and limits for having a license for Banking in Denmark, when Jyske Bank bought and thus bribed Lundgren’s lawyers who had just been hired to lead a case against Jyske Bank, where there were several cases of Fraud, False , bad faith, Which Lundgren did not present, and detained several pleadings for plaintiff in the case against Jyske Bank.

Ask at Jyske Bank if it is true what is written on the car that has been outside the door of Jyske Bank in Frederiksberg Copenhagen for 10 weeks. Since not a single one dares to take a confrontation with me, says Carsten Storbjerg Skaarup.

As I write poorly, I subsequently correct the typing and spelling errors I can see, hope you can understand what I am writing, which has not given some from the Danish state nor the Danish government or some from Jyske Bank to contact me and ask some questions.

Has not a single comment, a single article in some Danish newspapers, or some accusation against me for inguring against Jyske bank, this simply indicates that Jyske Bank has major problems with relating to the truth. You read here a google translated email, from 13-07-2022. to the Danish start and the government, about the corruption and camaraderie that governs Denmark, and is a subversive activity for a country that is said to be a legal society.

This is my story and true story about how the Danish state and authorities there cover up that crime, which Danish banks expose customers like my Business to, and how the danish police have refused to investigate Jyske Bank and the bank’s many violations of the provisions of the Criminal Code.

I as the author of these articles, have several times received second-hand knowledge, that the Management of Jyske Bank through Lund Elmer Sandager lawyers, by example Philip Baruch who himself, is a contributing to Jyske Bank’s fraud, by Mr. lawyer Philip Baruch has partly withheld information to damage the cause in a lawsuit, and also as a lawyer and employee of Jyske Bank, has Philip Baruch also presented false information to the court, in the case that I am writing about, where Jyske Bank has exposed there small business cvustomer to peasant captivity, like fraud, and many other punishable forms of crime.

Therefore I have again in this email urged Jyske Bank to make a police report, and otherwise cease not again to mention my name, and what I write privately about Jyske Bank, and the bank’s criminal acts, partly that Jyske Bank not writes to the court mentions and uses me and my writings in a case, I am not a party to.

I write that if Jyske Bank has problems with what I write, the bank must contact me privately, and must not slander agenst me to third parties, as Jyske Bank does, by accusing me of making criminal acts, in order for Jyske Bank itself to get rid of organized fraud, and wants this to be obsolete, so that Jyske bank can keep what Jyske Bank have uses ther many criminal law violations such as Mandates fraud, abuse of power of attorney, abuse of the bank’s access to the registration court, by forgery, by bribery, by law abuse.

As I write poorly, I subsequently correct the typing and spelling mistakes I can see, hope you can understand what I am writing, which has not given some comment from the Danish state, nor the Danish government or some from Jyske Bank, to contact me and ask some questions, or someone to contact me to correct any misunderstandings.

You can see the original email which is written in mixed / Danish English here in the Link. I am sorry that I can not spell so well, but whether that, is that why the Danish state and government will not answer questions. What is Jyske Bank thinking of? You have been discovered to be behind extensive crime. I have written it many times.

Also that this can be solved.

CEO Anders Dam should just call me +4522227713, or contact me otherwise, and then for my sake we can agree that I will stop teasing you.

And at the same time I draw attention again to the competition for Jyske Bank’s credibility. You just have to PROVE what I write about Jyske Bank and their many assistants is not the truth.

And then Jyske Bank’s board can win up to DKK 54,000. and no it is not bribery but prizes.

I have fought against life-threatening illness, and a criminal bank, against corrupt lawyers, and against a Danish lawyer mentioned, who is governed by camaraderie.

Do you really believe that I will be tired, probably Jyske Bank is full of power, but I know what I writes is true, therefore not a single person in Denmark dares to ask questions, or write about it, because Jyske Bank will be forced to be the one, how is struggling to survive, as the Danish authorities and the government know that Jyske Bank does not comply with the law, not even for to have a bank license, for financial business in Denmark.

Are there any here in Denmark, or a journalist in another country, who want to make sure, they all can not understand the seriousness of what I write.

You have not responded to some of my emails, not even if you do not want my funny postings and campaigns, considering the competition I have started last month, around Jyske Bank’s business methods.

I’m starting to get annoyed.

And I do not want to find myself in that Jyske Bank accuses me of doing starbar actions to others, and third parties, and what else the bank do accuse me of.

It is unhealthy for the Danish government that the state allows banks to commit crime, and covers it

.
I know that there are many Danes, who can not understand what I write about the corrupt Danish lawyers, and criminal Danish banks, which the Danish government and authorities and members of the Judicial Service cover, and that is why I ask all the journalists who do not want cover over the corrupt denmark, will you investigate what I’m writing about it crime, that i have presented evidence for, and then write some articles that everyone can understand.

If the Danish state and government do not stop Jyske Bank now, the bank will be a ticking bomb under Danish society.
This case is bigger than the Danish state can hide, and I will not allow corruption to rule Denmark as a nation.

Always remember to include the unknown factor when you as a bank commit organized fraud, here you have encountered one of these.

Denmark’s biggest scandal ever, without a doubt must be.

Has the Danish Financial Supervisory Authority chosen to approve Jyske Bank’s acquisition of Svenske Handelsbanken’s Danish branches.
This is a scandal which makes the Mink case with the Danish Prime Minister Mette Frederiksen seem small.

When the fact is that Jyske Bank does not comply with current legislation to run a tanker business in Denmark.
The official Denmark with the Government ignores and continues to cover the crime that the authorities have presented that Jyske Bank is proven to be behind.

If there is just one person in Jyske Bank, or in the Danish authorities, or in the Ministry of Justice or in the National Board of Justice, who thinks they can disprove what I say and write.
So participate in the competition, and try to disprove that Jyske Bank is a criminal organization that has committed fraud, which has been carried out by several employees together.

And you can not If you have a problem, Jyske Bank must be under stricter supervision, or deprived of the right to conduct financial business in Denmark.

You all know that I would rather spend my time photographing, and that the Danish state itself should clean up the Danish criminal banks, which, like Jyske Bank, expose customers to fraud.

Og jeg er villig til at gøre hvad jeg kan for at stoppe det her skriveri. 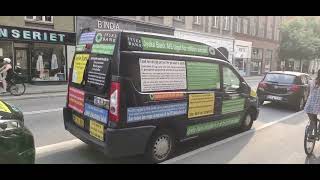 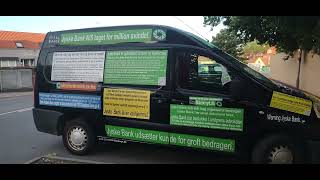 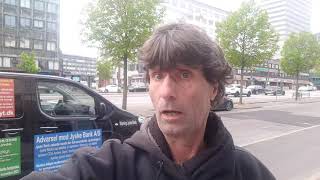 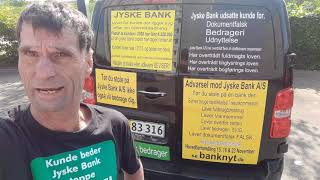 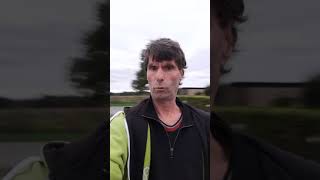 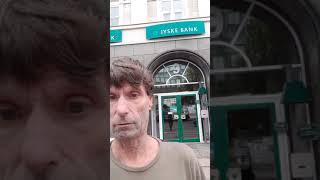 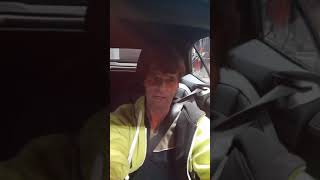 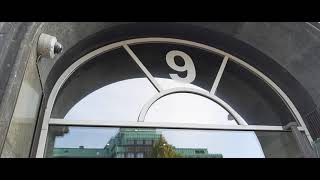 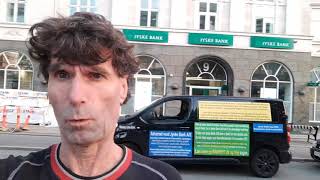 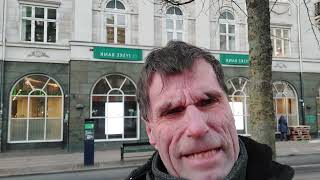 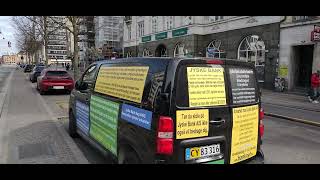